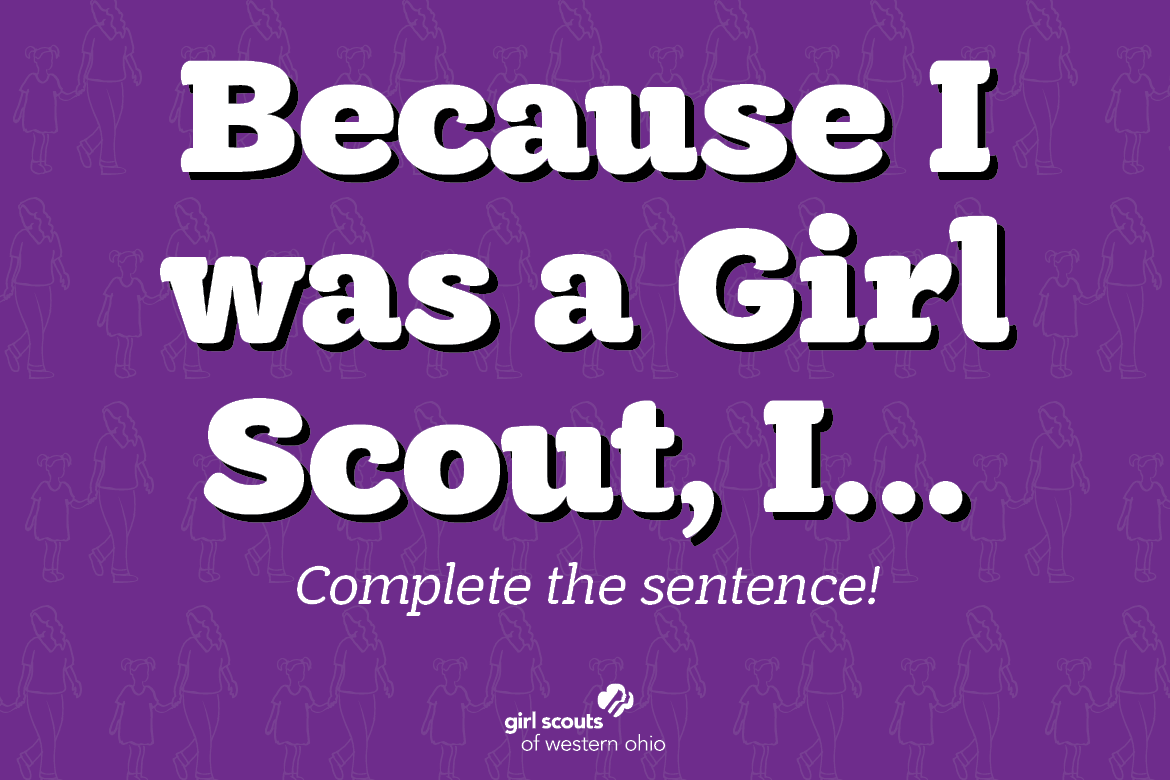 Here at Girl Scouts we define ourselves as the preeminent leadership development organization for girls. We’re 2.7 million strong—1.9 million girls and 800,000 adults—and we’re dedicated to building courageous and confident girls who make our world a better place.

The Girl Scout Research Institute gathers great data on alumnae and in 2015 published Girl Scout Alumnae by the Numbers. There’s some compelling evidence that our organization builds leaders, one girl at a time.

Then Check Out Some Famous Alumnae

The list of famous former Girls Scouts is long and distinguished. We’ve got astronauts, news anchors, artists, Olympic medalists, members of the First Family, business executives, ambassadors, secretaries of state, governors, admirals and generals, and many more too numerous to list. Our members grow up to be problem solvers, discoverers of new things, and helpers of others. What an amazing legacy!

“Going for Gold” taught me to pinpoint an issue and take action. Therefore, I improved my problem solving skills. As a mechanical engineering major, this practice was invaluable. I now understand how to break a large, daunting project into smaller pieces. —Hadiya Harrigan, 2016

Girl Scouts definitely gave me those skills to be professional and communicate in a way which is effective. In my life I want to be an activist…and I want to teach people to use the voice that they have. —Camille Borders, 2015

And Finally Directly From Our Alumnae

We took an informal Facebook poll and asked our alumnae to finish this sentence, “Because I was a Girl Scout, I…” and you gave us great reasons! Here’s a word cloud of some of the reasons you gave and a few direct quotes that show Girl Scouts works here in Western Ohio!

I was able to have life experiences that helped shape who I am! —Jazmyn Hart Dieckman

I have been able to train & work in many male dominated professions! Police Officer, Firefighter, Aircraft Mechanic, and my current position with Boy Scouts as an ATV Instructor. Girl Power! Thanks to all of my camp staff from the 80’s who taught/encouraged me to go after my dreams no matter how large! —Kari Sturgeon Eggleston

I wanted my daughter to be a Girl Scout … so I became a leader! —Katie Kelley Schmid

I have friends all over the USA! —Heather Newton Ryall

So many positive outcomes and exceptional alumnae show that Girl Scouts works! And with such an awesome legacy we expect to be growing leaders and changing the world for the next 100 years.

Do you know one of our outstanding alumnae who is paving the way for future girl leaders in her community by making significant contributions in her field? Nominate her to be a Girl Scouts of Western Ohio Woman of Distinction! Honorees are women who have made significant contributions in one or more of the key focus areas for success (see our website for a list of focus areas).