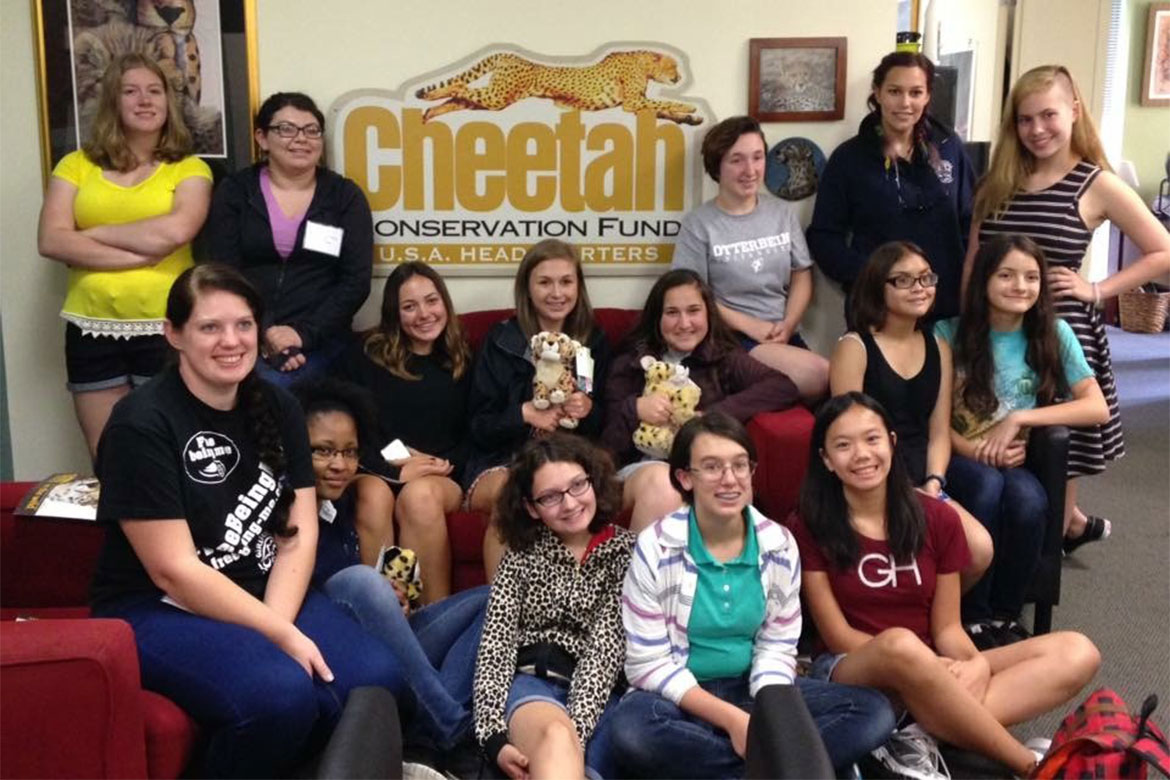 Is your Girl Scout ready to stretch her wings and head out on an amazing adventure? Maybe it’s time to start exploring what it takes to go on a Girl Scout Destinations!

What’s that? Girl Scout Destinations are the ultimate adventure for individual girls ages 11 and older! With different trips every year based around themes like outdoor, conservation, careers, animals and many more, there’s sure to be something that your Girl Scout would enjoy!

Last year we spotlighted Mission Specialist Sam, an Ambassador Girl Scout from Fostoria who went to Space Camp and discovered the confidence within her. This year, girls from Western Ohio took an Escape to Iceland, explored Castles in the Sky, and went on a Channel Island Expedition, to name just a few awesome adventures!

For our Destinations  spotlight, we’ll be exploring conservation with Whitney, an Ambassador Girl Scout from Cincinnati. Whitney’s Voice of the Cheetah Destination started in Washington, DC in June of 2016 and will end in Namibia in 2017!

Through the Cheetah Conservation Fund, a non-profit dedicated to the long-term survival of the cheetah and its ecosystem, Whitney was immersed in learning about the wildlife conservation, protection, and advocacy for cheetahs.

Her adventure began in Washington, D.C., where she toured the Smithsonian Conservation Biology Institute and met four amazing women scientists who worked at the institute.

We had the opportunity to ask the women about where they got their education and how they ended up choosing to work with conservation. In addition, the women told us of their struggles of being a women scientist and how they overcame all the obstacles thrown their way. -Whitney

Whitney and her group also explored the National Zoo, the Cheetah Conservation Fund headquarters, and spoke with the organization’s founder about what they’ll be doing next summer in Namibia. The trip also included sightseeing activities like touring the White House, the Lincoln Memorial, museums along Capital Hill, a ghost tour of Alexandria, and other fun activities in the area.

On the last day of the trip Whitney was able to go to Capital Hill and meet with senators to “discuss how they approach the environmental situations in their state. We met with a senator from California who started his own marine life sanctuary along the beach. That was very inspiring to me and made me think more about going into political science in college. We also met with senators from New Mexico, Texas, and with my senator Rob Portman. It was fascinating to learn how each senator takes on the ideas of conservation.”

Whitney’s adventure in conservation continues in July 2017, when she’ll travel to Namibia where her group will spend three days at the Cheetah Conservation Fund, seeing their work in action and meeting Dr. Marker, the founder.

I learned so much about conservation, political science, and genetics on this amazing destination. I can’t wait to see the amazing girls I met in Africa next year and I hope to continue making an impact on wildlife species in between my trips. -Whitney

What an inspiring opportunity! We can’t wait to hear about Whitney’s adventures in Namibia next year.

Ready for your own Destination?

What do you think of Whitney’s story? Sounds amazing, doesn’t it?