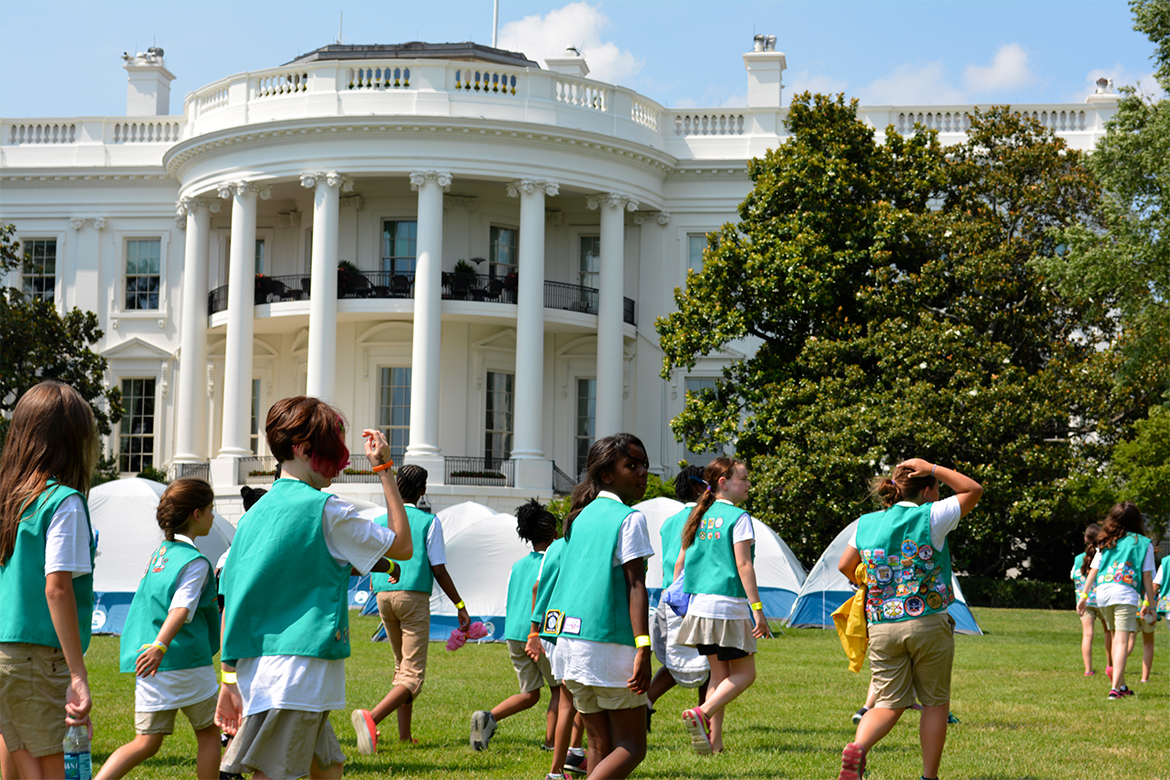 Have you heard about about the new G.I.R.L. (Go-getter, Innovator, Risk-taker, Leader)™ Agenda released by Girl Scouts of the USA? It’s a nonpartisan initiative that aims to inspire, prepare, and mobilize girls and those who care about them to lead positive change through civic action!

Sounds pretty awesome, right? And for all of our alumnae out there, it may sound pretty familiar. Why? Because Girl Scouts have been Go-getters, Innovators, Risk-takers, and Leaders from the very beginning!

And we’ve got some pretty awesome alumnae whose inspiring stories prove that leading positive change has always been a part of our G.I.R.L. DNA!

As the first woman appointed to the U.S. Supreme Court, Sandra Day O’Connor was “a pioneering force on the Supreme Court. She’ll long be remembered for acting as a sturdy guiding hand in the court’s decisions during those years and for serving as a swing vote in important cases.” You go, girl!

When it comes to innovation, engineers have it down. And what’s a great way to inspire girls to build their problem-solving skills as they grow into awesome innovators? Girl Scout badges, of course! Take it from our CEO, Sylvia Acevedo. She’s one of our favorite innovator alumnae, and she’s working hard to inspire the next generation of innovative problem solvers with our new STEM badges!

Our nation’s Secretary of State serves as the President’s chief foreign affairs adviser. And each time that position of leadership has been filled by a woman, she’s also been a Girl Scout alumnae. That’s right, Madeleine Albright, Condoleezza Rice, and Hillary Clinton all honed their leadership and civic engagement skills as young girls in Girl Scouts!

These Go-getters, Innovators, Risk-takers, and Leaders, as well as many more Girl Scouts in our movement’s history, prove that our organization has been inspiring women to pursue positive change in their fields for decades. And we’re so excited to pass that legacy down to the next generation of girls through the G.I.R.L. Agenda!

Curious what kind of G.I.R.L. you are? Take the quiz to find out!