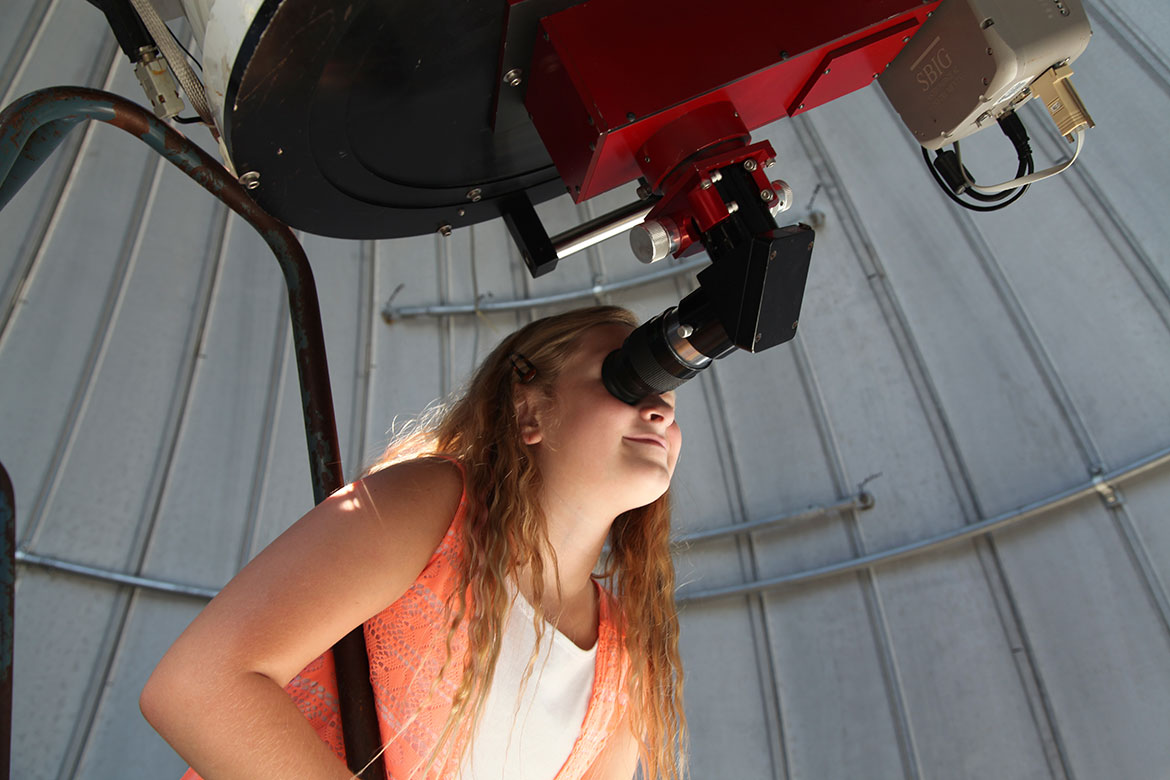 Here’s a fun fact: virtually every female astronaut who has flown in space is a Girl Scout alum. That’s means more than one third of NASA’s space shuttle missions have had a Girl Scout flying on them! We count among our alums women like Dr. Kathryn Sullivan (the first American female to spacewalk) and Susan Helms (the first woman to serve as a crew member on the International Space Station), along with many others. Pretty stellar list of women, right?

So how did Girl Scouts inspire so many women to boldly go where few have gone before? By encouraging them first to explore their corner of the world, try new and challenging things, and build their knowledge and skills earning badges and awards along the way. You know, just doing what Girl Scouts do!

How can you join this legacy and start your girl on her journey to be part of the next generation of Girl Scout space explorers? Start with our badges! Let her test her mettle and build her knowledge by completing the requirements for the new Space Science badges created in partnership with the SETI Institute and released in 2018: Daisy Space Science Explorer, Brownie Space Science Adventurer, and Junior Space Science Explorer.

After all, if a journey of a thousand miles begins with a single step, then a journey from Girl Scout to space explorer (or rocket scientist) can start with a simple badge activity. For one girl, all it took to inspire a career as a rocket scientist was a camping trip, a star gazing activity, and a Girl Scout leader who encouraged her to try for her science badge. Pretty simple, right? And from that simple beginning that young girl grew into our favorite rocket scientist Sylvia Acevedo, the CEO of Girl Scouts of the USA!

What are you waiting for? It’s time to check out the new space science badges with your Girl Scout and start her on her journey to the stars!