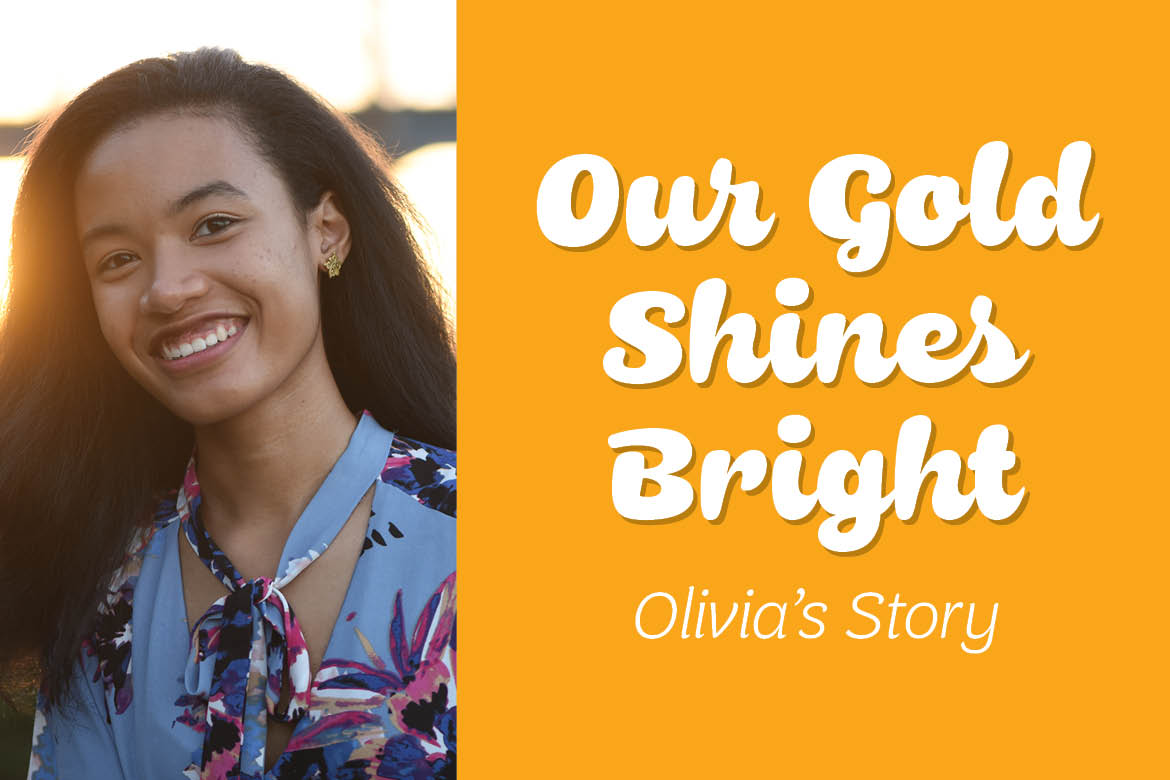 Olivia is a senior at Ursuline Academy of Cincinnati, from Mason OH. For her Gold Award project, entitled “Step into STEM,” she created a free STEM (Science, Technology, Engineering, & Math) camp for minority and low-income children to provide opportunities for them to explore STEM topics and careers at an early age.

Last summer, I created the camp Step Into STEM for my Gold Award Project. This camp targets students from 1st to 8th grade that are of historically underrepresented groups in this career field. This idea was something that I had been thinking about for a while before I started, due to some personal experiences that I had with my friends. We were talking about representation, then our personal role models, and ended up talking about our goals for later on in life. From this conversation, I was able to see the influence that my strong black role models had in my life. I have always wanted to work in the STEM field, and I realized that part of the reason that I believed I could follow this dream of mine was because my role models were people who had done the same thing as me. Keeping all of this in mind, I decided to make a camp that focuses on several different areas of the STEM field and allows students to realize that they have the potential to succeed. Grade school children became the focus of this camp after I found out that early exposure is the easiest way to pique interest in STEM.

This project was most likely one of the most difficult, yet meaningful experiences that I have had in my life thus far. It was difficult because there were many times along the way that I felt overwhelmed or not sure if I could complete the project. However, through the support of my troop, family, and role models I was able to create this camp. Now, to be able to see all of the campers interested in STEM and share this work to inspire others through the camp’s website, I know that this project has influenced me and changed me into a better person.

‘Going Gold’ has taught me that if I break a large project into steps and realize my potential, I can do nearly anything. Through the step by step process that was utilized to make this camp, I learned to approach large-scale projects in a similar way. By breaking it down into parts, the work did not seem as intimidating as it initially did.

My Gold Award has made me more comfortable taking on a leadership position because I know now that I have the potential to finish the project. I have learned how to ask for help when I need it, write professional emails and proposals, and even work with multiple different people to ensure the safety of everyone involved. I feel confident that if tasked with another project like this later on in life I would be able to complete it more easily because of this project. Overall, I know that this project has impacted my life by making me more confident, enhancing my leadership potential, and setting up a strong foundation of skills that I know will be useful to me every day later on in life.