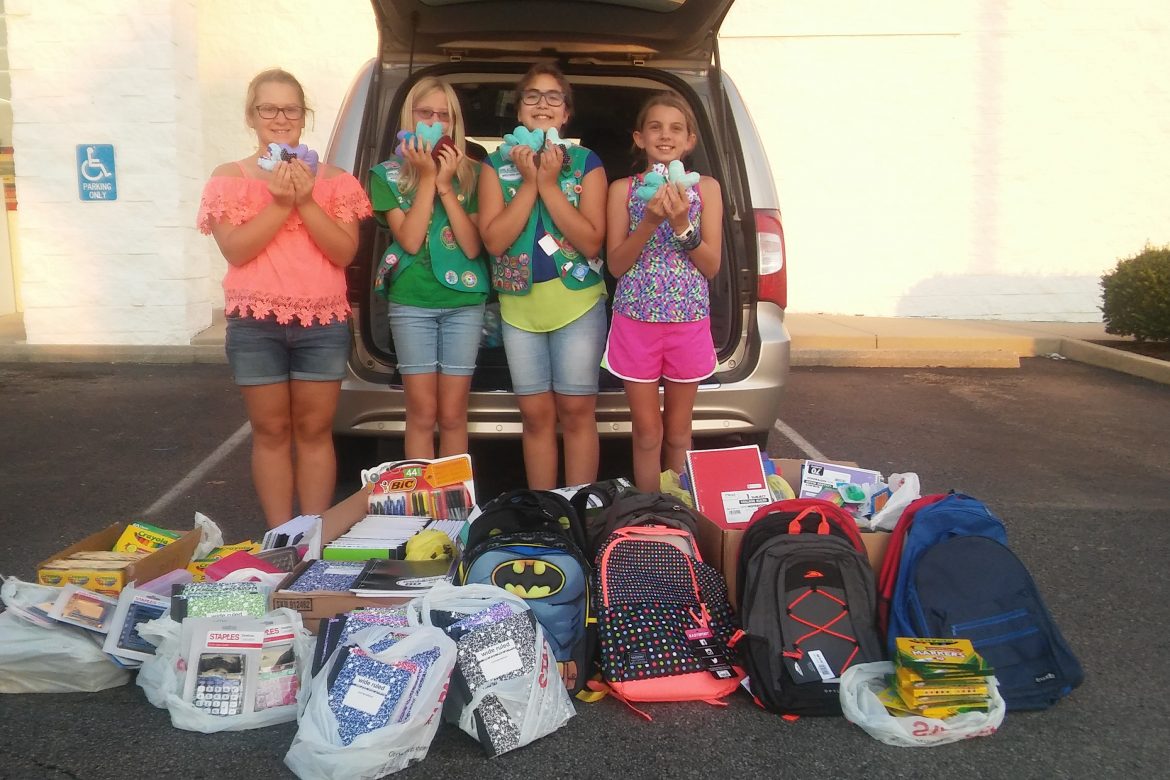 My name is Zoe and I am a Cadette and I have completed my Bronze Award as a Junior with my troop 32185, in association with Project Believe. This is how we achieved it.

It was the summer of 2018. I was in another troop at the time but we weren’t going to do the award. My friend was planning on doing the award with her troop and she and her mom asked if I wanted to do it with them. I agreed and they told me and my mom when the troop was meeting.

The day of the meeting we talked about what were planning on doing. The troop leader said we were going to be helping an organization called Project Believe by gathering and collecting school supplies for kids at mental hospitals. This was so that they could have a great school year without the struggle of school supply shopping, since most of those kids sadly didn’t have parents who would buy them school supplies.

During that meeting we discussed different mental illnesses and disorders with a psychologist and we also learned ways of relieving stress and negative energy. Half way through the meeting, the troop leader told us that not only were we giving supplies, we were going to bring them joy. So to represent that, we were going to sew some plush hearts. It would work as a reminder that they are loved and if they ever felt stressed, angry, or unhappy they could squish the heart to release all negative tension. Once that meeting was done we all took more cloth and made lots of hearts at home. By the next meeting, we had made more than enough hearts.

During the next meeting, we went over how we were going to get the school supplies and practiced a little bit. Basically, we would knock and give them a little background information about our project and politely ask if they would like to donate and if they did want to we would come back around a different day to collect the supplies. Once that was done we would collect the supplies and bundle them all at the leader’s house so that she could count them to see how many we had and how many we still needed.

Some of the other girls collected some money along with the supplies. We used that money to buy the missing supplies at the store. Once we had collected everything we met one last time and made sure we had everything we needed.

A few weeks after we completed the award, we held a ceremony to give out the awards and other badges and pins that were still to be given. After the ceremony, the troop leader sets us aside and shows us a thank you note the leader of the organization had sent us. We were so happy to see that card. The card said we had made almost 130 kids happy just by our association. Since we weren’t the only ones that helped, you can imagine how many kids were made happy altogether.

I enjoyed that experience and later the troop leader asked if I would like to join the troop to continue doing activities like those with them. I gladly asked my mom if I could and she was very happy to say I could. I love my troop and everything that we do and I am so glad I did the Bronze Award with my current troop.

My name is Zoe and I am 12 years old. I am a part of Troop 32185. I’m in my 7th grade year of school. I am from Mexico and I moved to the United States of America when I was 6 years old. I started Girl Scouts at the Brownie level and I am currently a Cadette. I am very dedicated to my troop and all of Girl Scouts. I am a PA at camp by the name of Snoopy and I love helping out at camp. I hope to be a Film Director or a Screenwriter for television when I am older. I hope to look back on my years as a Girl Scout and think to myself that it was the best thing in my youth.