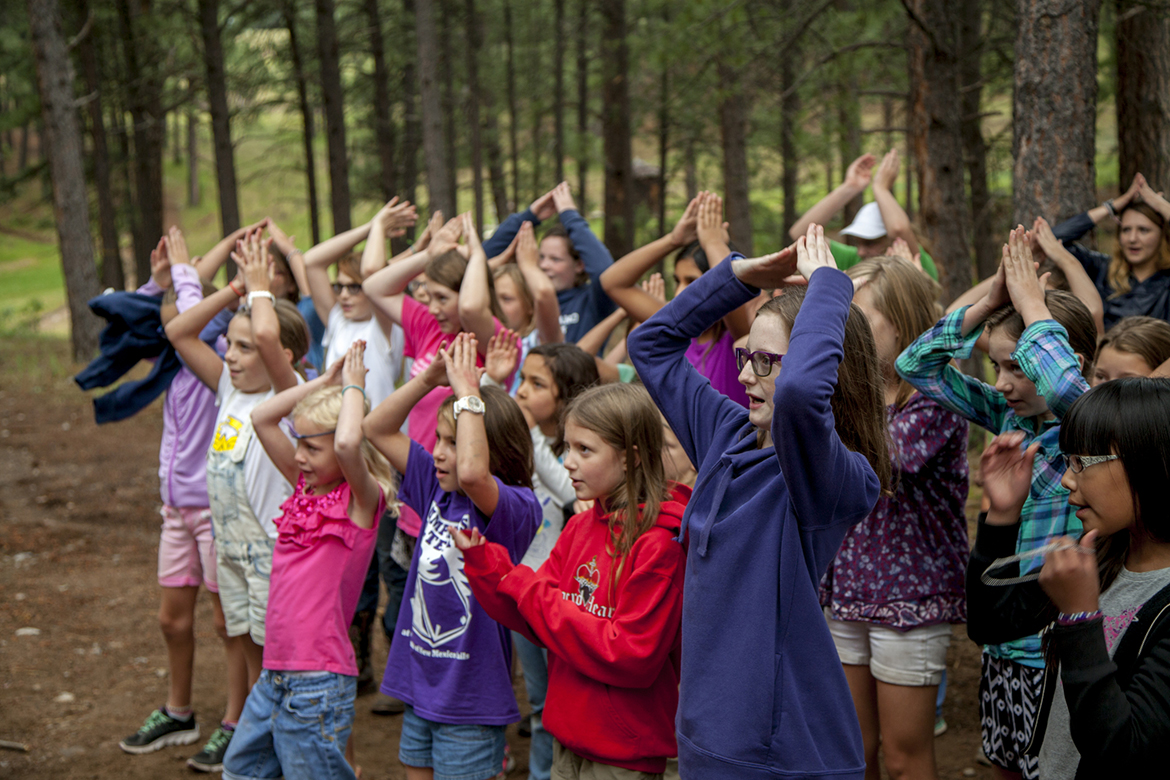 Just like you warm up before singing or exercising, sometimes you need to warm up in social groups, like troop meetings, to get the party started!

Ice breaker activities help integrate everyone involved to a group environment, which can sometimes be a little uncertain at first. By starting your group with a short, simple activity, everyone can ease in and feel more comfortable participating.

Ice breakers also help break up cliques and get everyone talking together. They build rapport with leaders and girls, and they can set the tone for girls feelings safe to have fun with the group.

Here are 10 fun ice breakers that are fun to do with elementary aged Girl Scouts.

Everyone gets in a circle and sits down. The leader can start by standing and saying a few things about themselves, such as, “I have a dog.” When someone hears something they have in common with them, they stand up and take the leader’s place. Maybe they say, “I have blue eyes.” This continues until everyone has had a chance to share.

Everyone stands or sits in a circle. The leader can start by saying a word that describes them with the same letter as their name, example “Super Steve.” The next person in line re-introduces “Super Steve” then introduces themselves. This continues until the last person in the circle’s turn, where they have to introduce the entire circle!

Two Truths and a Wish

Everyone goes around one at a time and says two true things about themselves and one thing they wish was true. Before moving to the next person, everyone else has to try and guess with one is the wish.

The group imagines they got stuck on a deserted island. Feel free to set the scene as elaborate as you wish. Then go around and ask everyone what two or three things would they want to have with them. To make even more thought provoking for slightly older girls, you can add criteria like “one thing you love, something you want to read, and your favorite food,” etc.

Put masking tape down the center of the room and have all the girls straddle the line facing you. One at a time, list off fun questions and have them go right or left to indicate their answer. Examples of quirky questions that can be used are:

The quirkier the questions the more giggles you’ll hear!

Everyone gets in a circle and sits down. The leader starts the story by stating the first line of the fictional improvised story, and ends the line with “then suddenly!” The next person adds what happens next and ends the same way. Go all the way around the circle as many times as you wish building the story as you go.

Ask all the girls to pair up. If there is an odd number, a group of three is fine, too! The leader will call out two body parts, such as, hand to foot. Each girl will put their hand on the other girl’s foot. Everyone holds until the leader says “Girl Scout to Girl Scout!” again, then calls out a new pairing. With each new pairing, the girls switch to a new partner so they are moving the whole time. Best to use common sense with this one and avoid anything too invasive of personal space, like faces or head to head.

Everyone gets in a circle. The leader will ask a quirky yes or no question. The yes’ will sit down. Keep going with another question for the remaining girls standing. Keep going until only one girl is left.

Put a chair for each girl in a circle facing inward. Everyone will sit down in a chair. The leader will say “a great wind blows for everyone who…” and then names a qualifier. For example, everyone who has red hair, ate cereal for breakfast, has a brother, etc. The girls who this applies to will stand up and blow dramatically to another chair not directly next to them. To add more excitement, a chair can be removed each time like musical chairs until someone wins.!

Enjoy these ideas or let them inspire your own creations. As always, make it age appropriate, short, easy, enjoyable, and comfortable for all. If everyone feels good with the opening ice breaker activity, they will be loosened up and feel safer and more engaged to move on to the next task at hand!