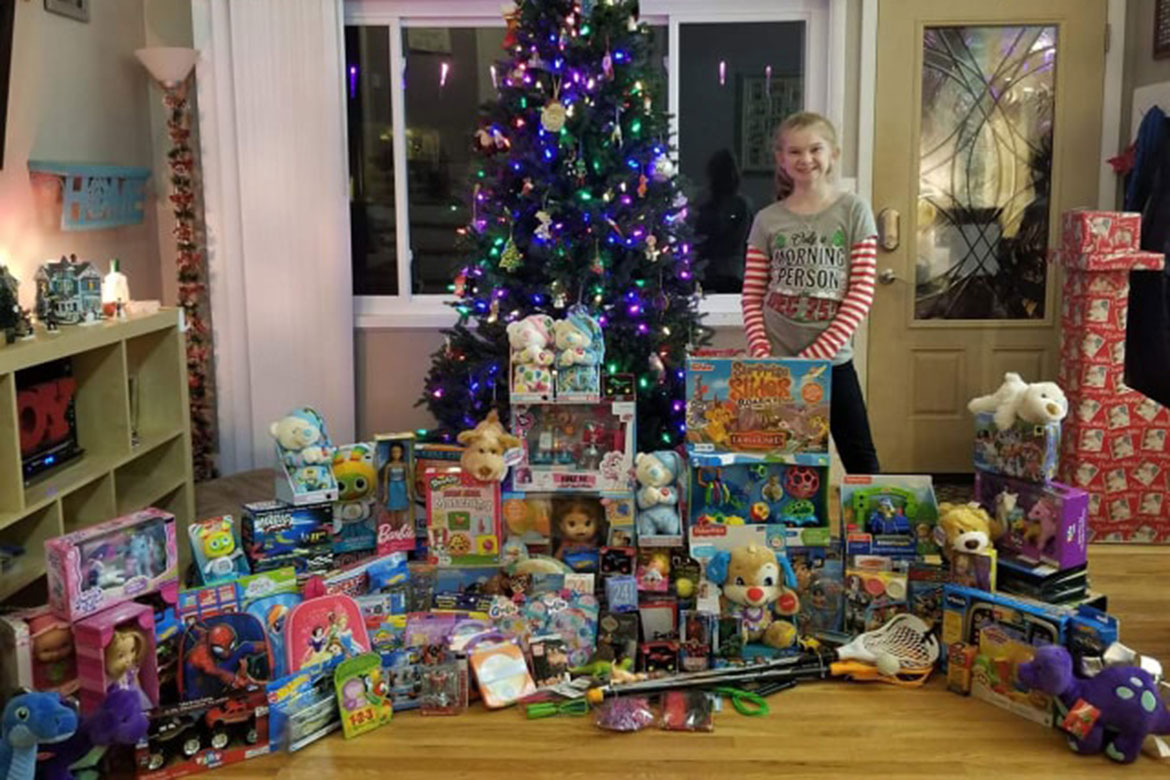 Community service is in Girl Scouts’ DNA. Ever since the organization was founded in 1912, Girl Scouts offered a helping hand to those in need and worked together to improve their corner of the world. And that’s still true today!

Ava M, a Cadette Girl Scout from Cincinnati, applied what she’s learned about caring for her community through Girl Scouts to something near and dear to her heart: cheering up sick children.

When she was younger, she was a patient at Cincinnati Children’s Hospital Medical Center, where she underwent surgery and was admitted for a week to recover. During her stay, she received gifts and crafts that would help her cheer up and stay busy while recovering.

Of course, this was just two weeks before Christmas…

“I wasn’t surprised because this is how Ava is, thoughtful and wanting to make a difference. So as her mother I of course supported her!” Beth, Ava’s mother, said.

Last year, she collected 200 toys in just two weeks and dropped them off personally. This year, she wanted to go BIG, so she planned ahead and started collecting toys six weeks before Christmas.

She also learned new skills in the process. She set up an Amazon Wish List and had toys shipped directly to her, so people from far and wide could contribute to her Raise for Praise initiative. She also made a video of herself asking for donations and posted it to Facebook.

“Being a Girl Scout has contributed to Ava’s values and her leading this toy drive. Being a Girl Scout has taught Ava to care for her community and to volunteer and to be kind to others. Girl Scouts has given Ava the confidence to create this charity and to know no matter what happens at least she has tried to make a difference be it with 1 gift or 300.”

Thank you, Ava and Beth, for sharing your story with us and for making our community a better place!